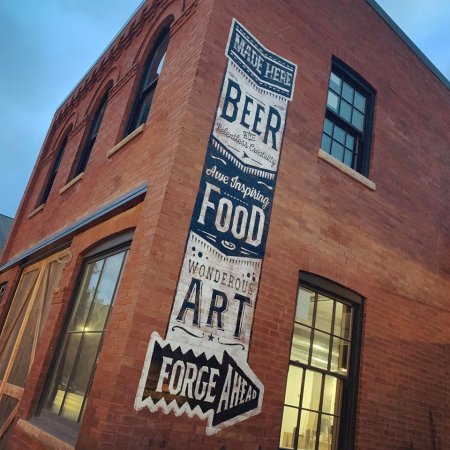 COLLINGWOOD, ON – Four years after launching as a contract brewer, and a year after announcing plans for a physical brewpub location, Black Bellows Brewing has announced that it is now open in downtown Collingwood, Ontario.

Located in a historic building that was erected in the 1860s as a blacksmith shop – providing a fitting connection to the name of the brewery – Black Bellows opened last week with a line-up that ranges from previously available brands such as White Witbier (5% abv), Hops! Belgian IPA (6.3% abv), and Himalaya White IPA (6.3% abv), to brand new beers including Bring The Roses Pilsner (4.6% abv), Shinny Fuel Pale Ale (5.2% abv), and Ballpeen Stout (4% abv).

Black Bellows Brewing is located at 40 Simcoe Street in Collingwood, and is open from 11:00 AM to 11:00 PM daily with the exception of Tuesdays. (It is also closed today – Monday January 20th – to give staff a chance to rest up after a busy opening week.)