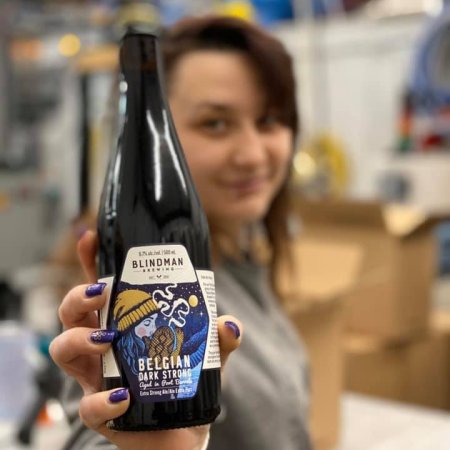 LACOMBE, AB – Blindman Brewing has announced the release of a limited edition beer to mark the International Day of Port Wine which is being celebrated on Monday January 27th.

We are especially proud of this boozy Belgian beer. It was born in August of 2017, brewed with ginger puree and caramelized raisins de-glazed with Port, and soon after spent almost 2 years in Tawny Port barrels. The final product is a beautiful dark brew highlighted with the flavours of dark fruit and fortified wine, rounded out with a calming oak presence. Or in completely different words, a barrel-aged boozy beauty that’ll warm you the eff up during a long Canadian winter.

The new beer will be available in a limited run of 500 ml bottles shipping to select liquor stores in Alberta this week, with the official launch taking place at the brewery on Saturday January 25th.