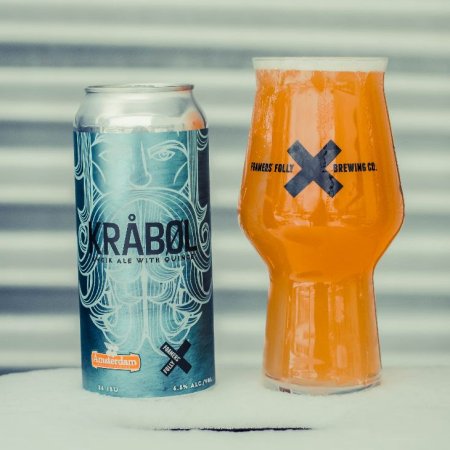 PITT MEADOWS, BC – Foamers’ Folly Brewing has announced the release of a new beer developed in collaboration with Amsterdam Garden Centre.

Kveik is a Norwegian Farmhouse-style yeast known for its complex fruit flavours. We paired this with a hefty dose of tropical dry-hops and quince, a tart and floral fruit closely related to pears. The quinces used for this beer were hand-picked at Amsterdam Nursery from the family’s multi-generational quince tree.

Kråbøl will be released on Thursday January 23rd, with a launch party at the brewery starting at 4:00 PM featuring a beer tasting challenge, free dessert of ice cream with cooked quince, and a new food launch to be announced. For more details, see the Facebook event listing.