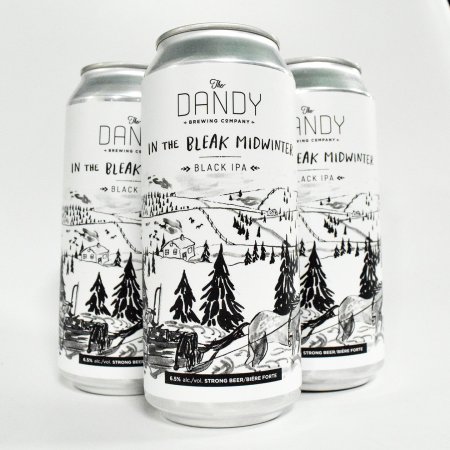 Don’t Have To Be Cool (To Rule My World) Plum Sour (4.5% abv) is described as “a pleasant fruited kettle sour rich in stone fruit and playful plum notes with an enticing ruby colour”, and In The Bleak Midwinter Black IPA (6.5% abv) features “a rich dark colour but with a medium body and an American style IPA hop character and aroma presenting only a kiss of roast notes.”

Both beers will be released on Friday January 24th in the Dandy tasting room, and will be available on tap and in 473 ml cans while supplies last.