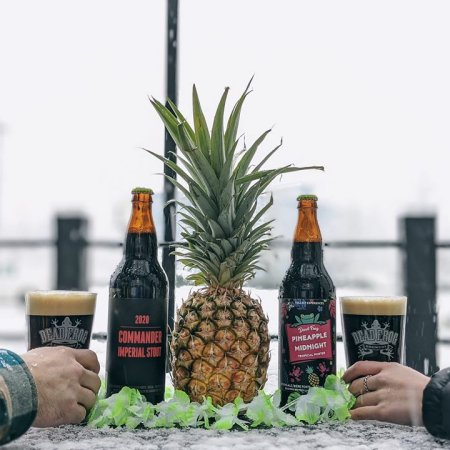 LANGLEY, BC – Dead Frog Brewery has announced that this year’s editions of two winter seasonals will be released this coming weekend.

Both beers will be released at the brewery taproom on Saturday January 25th during a “Launch Party Luau”, where they’ll also be featuring pulled pork sandwiches, 30% off all merchandise purchases, and $1 off pints of Pineapple Midnight for anyone wearing a Hawaiian shirt. For more details, see the Facebook event listing.