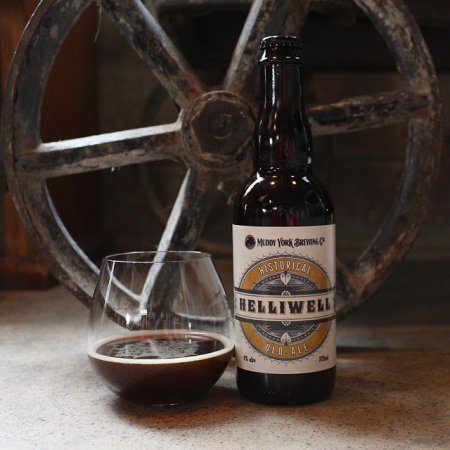 TORONTO, ON – Muddy York Brewing has announced the release of a new beer brewed in collaboration with beer author and educator Jordan St. John.

Helliwell Historical Old Ale (9% abv) was inspired by the historic Helliwell Brewery, which was in operation in Toronto’s Don Valley from 1820 to 1847. It’s described as follows:

Jordan read The Helliwell Diaries and painstakingly analyzed them in the hopes of interpreting exactly how the Helliwell family approached beer-making in Toronto’s early days. The result is a recreation of a traditional English Old Ale. Similar to barley wines, old ales are slightly lower in alcohol and demonstrate a more notable ‘wood’ or barrel quality. For two years we’ve waited patiently for this beer to mature in one of our favourite aging vessels, a Château Lafite Rothschild Sauternes Barrel. It has brought about massive complexity in the malt character showcasing pear, dried apricot, toffee, and French oak.

Helliwell Historical Old Ale will be released on Saturday January 25th at Muddy York, and can be pre-ordered now via the brewery’s online store.