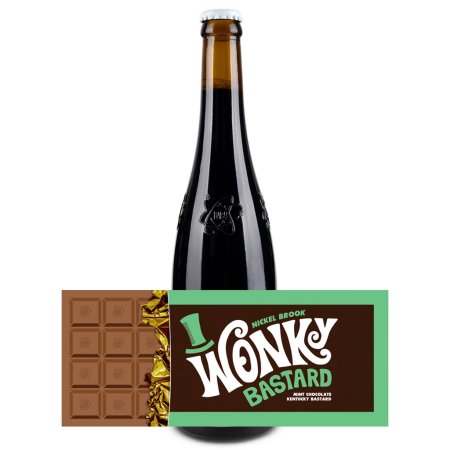 BURLINGTON, ON – Nickel Brook Brewery has announced details of the first release of 2020 in its monthly Funk Lab series of limited edition beers.

Wonky Bastard (11.9% abv) is a new variant on the brewery’s Kentucky Bastard Imperial Stout that has been infused with mint and chocolate. It’s described as follows:

Remember watching Charlie and The Chocolate Factory and wishing to get a taste of that chocolate river? Wish no further, we just bottled it. Welcoming aromas of bright mint and rich chocolate combined with all the rich roasted coffee, dark fruit notes, hints of bourbon, and complexities of Kentucky Bastard make this a brew to remember. One sip and you’ll swear you were standing in Willy Wonka’s chocolate factory.