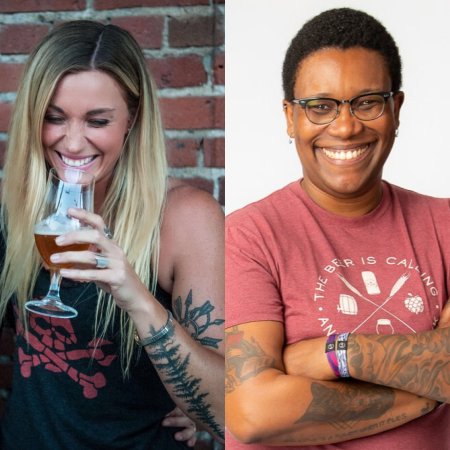 HAMILTON, ON – A new conference that will be “focused on education and idea sharing to improve brewery quality, performance, tap room culture, and marketing, while celebrating the strength that equality and diversity brings to craft beer and our communities” has been announced.

The Ontario Beer Summit will be taking place March 10th and 11th at Hamilton Waterfront Trust (47 Discovery Drive, Hamilton, ON), and is being co-presented by Jake Clark of For The Love of Craft Beer (pictured left) and Ren Navarro of Beer Diversity (pictured right).

The impetus behind the Summit is described by the organizers as follows:

The Ontario craft beer industry is growing in leaps and bounds and is approaching adolescence and a time when forward progress can continue in a more thoughtful and inclusive manner. Building strong communities through beer is a key tenant to this important industry so we have invited industry leaders to bring their expertise to the summit to discuss issues of the day via three streams; brewing science and brewery operations, marketing and sales, and hospitality and culture. The final session of the summit will see all participants come together for a keynote panel “All in for Beer Diversity”.

Speakers currently confirmed for the two days of sessions include:

For more details and to register to attend the event, see the Ontario Beer Summit website.