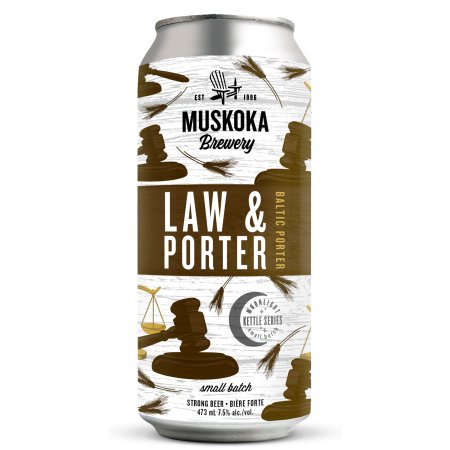 BRACEBRIDGE, ON – Muskoka Brewery has announced details of the new release in its monthly Moonlight Kettle Series of limited edition beers.

Law & Porter (7.5% abv) is a Baltic Porter described as having “a malty-sweetness upfront followed by notes of sweet caramel [and] rounded out with roasty, dark chocolate bitterness.”

Law & Porter will be released next Wednesday February 5th and will be sent directly to members of the Moonlight Kettle Beer Club. It will also be available in the brewery taproom and retail shop, as well as at select bars and restaurants in Ontario, while supplies last.