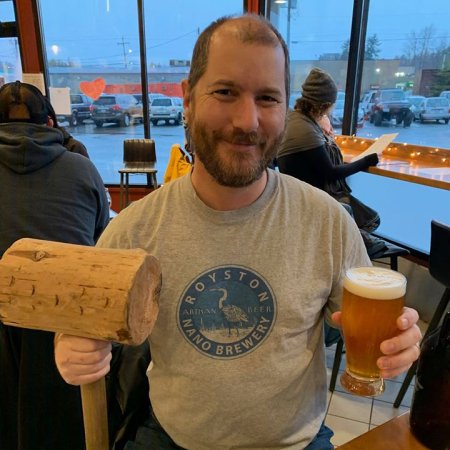 COURTENAY, BC – Royston Nano Brewery, a “nomadic brewery” founded by physician and homebrewer Brad Harris that “collaborates with like-minded BC breweries for charity”, has announced the release of a new beer crafted in collaboration with Ace Brewing.

Love Potion (7% abv) is a double dry-hopped IPA that was made using Mosaic, Citra and Mandarina Bavaria hops, and features notes of “tropical fruit with a restrained bitterness and palate-pleasing finish.”

Love Potion made its debut at Ace Brewing last Friday January 31st, and will be available on tap there and several other local bars while supplies last. Proceeds will be split between YANA Comox Valley, an organization that helps parents whose children need to travel for medical treatment, and BC Children’s Hospital.

Royston was who brews at home on a 150-litre system, and scales up his recipes to brew at commercial breweries for his charity releases.