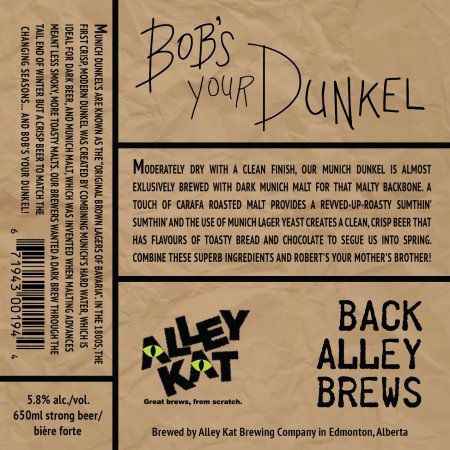 The first Back Alley Brew of 2020 is a Munich Dunkel, which is almost exclusively brewed with dark Munich malt for that malty backbone. A touch of Carafa roasted malt provides revved-up-roast and the use of Munich lager yeast creates a clean, crisp beer that tastes of toasty bread and chocolate. Looking for the perfect brew to segue us into spring? Robert’s your mother’s brother!

Bob’s Your Dunkel will be released on Thursday February 6th, and will be available in 650 ml bottles at the brewery, select retail stores, restaurants, and bars in Alberta while supplies last.