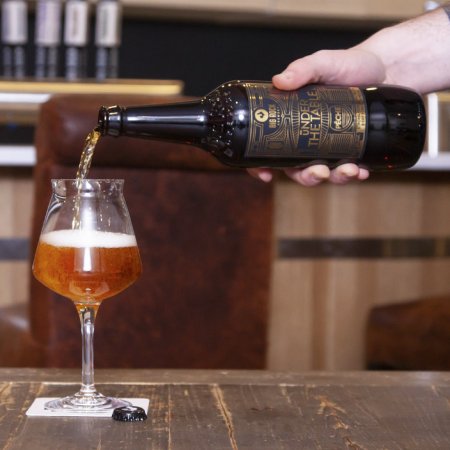 CALGARY, AB – Big Rock Brewery has announced details of the latest release in its Under The Table series of spontaneously fermented beers produced using a custom built 2,000-litre koelschip installed in an isolated wing of its Calgary brewery.

Under The Table Pêche (7.6% abv) was created using “a remarkable base beer, fermented in our custom-built Koelschip, [and] aged 2 and 3 years in wine barrels with Okanagan peach juice.”

Under The Table Pêche will be released on Saturday February 8th at the main Big Rock location in Calgary, with a launch party starting at 11:00 AM. A small number of bottles will also be available in Edmonton and Vancouver, as well as via Canada Craft Club.