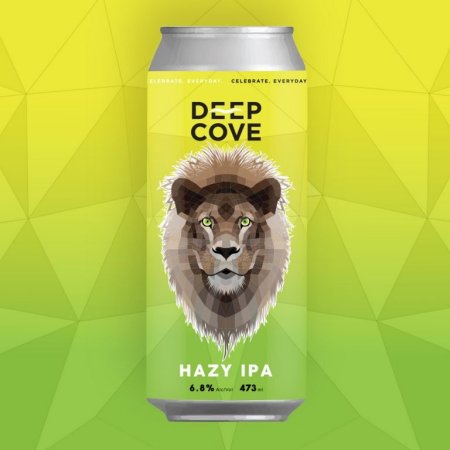 This fearless Hazy IPA is bursting with aromas of mandarin oranges and grapefruit. These bold flavors are complimented by oats and wheat with provide a soft mouthfeel. Fresh citrus and tropical notes dominate this beer, packing a ferocious punch of fruit juice.

Hazy IPA will be launched on Friday February 7th, and will be available year-round in 473 ml cans and on tap at Deep Cove and other select locations.