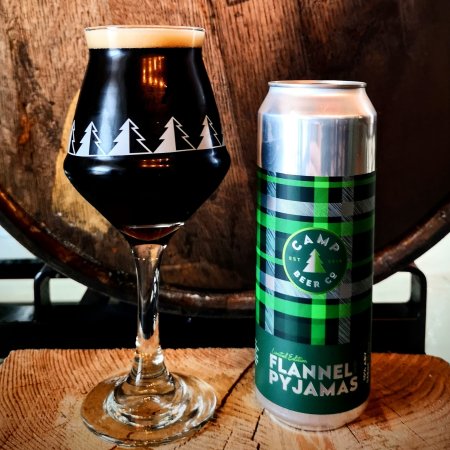 LANGLEY, BC – Camp Beer Co. has announced the release of the first annual vintage of a seasonal strong ale for winter.

Our winter warmer is a strong, dark and malty Scottish style ale. Complex flavours of toffee, caramel and smoke come from a long boil with UK golden promise malt. The beer is full-bodied and low in bitterness.

Flannel Pyjamas will be released tomorrow (February 7th) at the Camp taproom and retail store, and will be available on tap for 12 oz pours, and in 568 ml cans with sales limited to 100 cans per day and 2 cans per customer while supplies last. There will also be prize giveaways all weekend for those who wear pyjamas to the taproom.