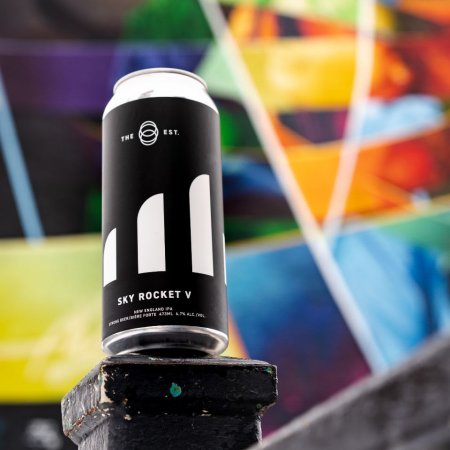 CALGARY, AB – The Establishment Brewing Company has announced the release of the fifth in its ongoing series of New England IPAs.

SRV explores the use of locally grown and malted Origin Pilsner as a base, and we were stoked to play with Sabro and Vic Secret hops on this iteration. It pours a bright orange/gold haze. Tropical fruit wash over fleeting oak, coconut, and tangerine as the beer warms. Pilsner malt provides a delicate malty base without getting in the way.

Sky Rocket V will be released tomorrow (February 7th) at Establishment, and will be available in 473 ml cans and on tap while supplies last.