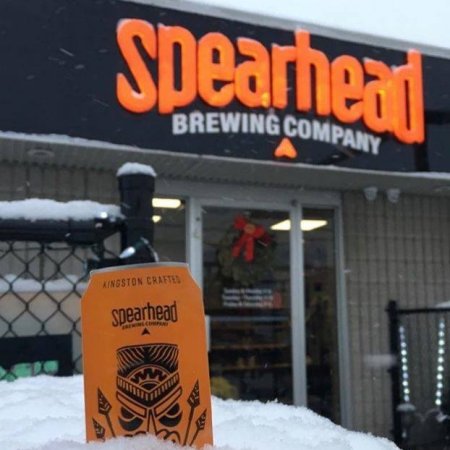 KINGSTON, ON – Spearhead Brewing has announced that it has been named the official beer partner for the 2020 edition of the Tim Hortons Brier.

Taking place February 29th to March 8th at the Leon’s Centre in Kingston, the Brier is the championship tournament for men’s curling in Canada, and is one of the country’s most popular and prestigious annual sporting events.

“The arrival of the Brier is such a great opportunity for us to showcase community, and not just the sporting community,” says notes Josh Hayter, President of Spearhead Brewing, in a statement. “Canada knows the support and enthusiasm that the curling community has, but now, we have a unique opportunity to show all of Canada, and the world, just how strong the craft beer community is here in Kingston.”

Spearhead beers will be pouring at The Patch, a fan zone adjacent to Leon’s Centre presented by Curling Canada and featuring entertainment and activities throughout the tournament. Featured Spearhead brands will include the flagship Hawaiian Style Pale Ale, the popular Sam Roberts Band Ale, and Decoy Lager, a collaboration with Ducks Unlimited.