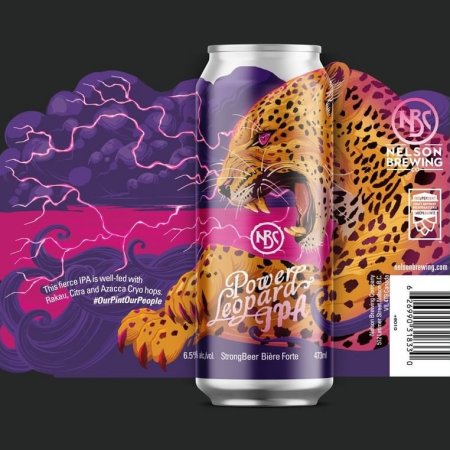 NELSON, BC – Nelson Brewing has announced the release of “the purrrrrrfect IPA”.

This hoppy and juicy India Pale Ale is brewed with Rakau, Citra and Azacca Cryo hops. It is easy drinking with distinctive tropical fruit, tangerine and passion fruit flavours. The specialty malts coupled with flaked and malted wheat give this IPA a hazy appearance with orange hues, soft mouthfeel and a slight malty backbone.⁠

Power Leopard will be available at Nelson Brewing and select private liquor stores while supplies last.