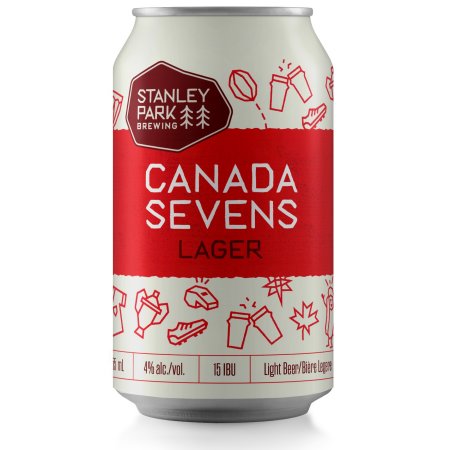 VANCOUVER, BC – Stanley Park Brewing – a subsidiary of Labatt Breweries – has announced that it has been named official beer partner for the 2020 and 2021 editions of the HSBC Canada Sevens rugby tournament, and will be releasing a new beer especially for the event.

Canada Sevens Lager (4% abv) is described as “a crisp, flavourful, light lager brewed with barley, oats and sea-salt to produce a light to medium bodied beer.” It’s also a low calorie beer, coming in at less than 100 calories per 355 ml can.

“We love the energy and spirit that Canada Sevens brings to Vancouver, and we’re inspired by the speed and passion of the Rugby Sevens game,” said Doug Devlin, General Manager of Stanley Park Brewing, in a statement. “We’re proud to launch this new partnership and look forward to sharing our Canada Sevens Lager with local and international rugby fans alike at this year’s tournament.”