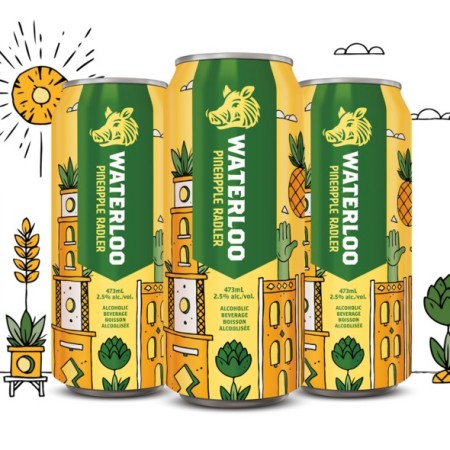 KITCHENER, ON – Waterloo Brewing has announced the release of a pair of radlers for the upcoming spring and summer seasons.

Pineapple Radler (2.5% abv) is returning after a brewery-only release last year, and will have distribution expanded to LCBO and grocery store locations throughout Ontario, where it will be stocked alongside the previously available Grapefruit Radler and Raspberry Radler.

Strawberry Rhubarb Radler (2.5% abv) is new this year, and will be available exclusively at the Waterloo Brewing Taphouse and Beer Store in Kitchener.