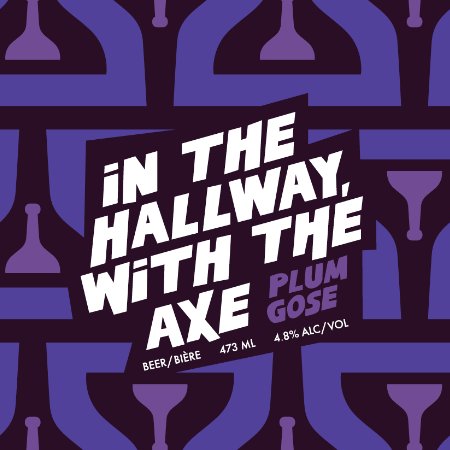 CALGARY, AB – Cabin Brewing has announced the return of a limited edition beer that “really is to die for.”

In The Hallway, With The Axe Plum Gose (4.8% abv) is described as follows:

All work and no play makes Professor Plum a dull boy. Was he the mysterious, purple-clad figure roaming the halls of the Overlook Hotel the night the Grady twins died? We have no clue. We do, however, know a good mash-up when we see it. Like the salty and sour flavours of German gose-style beer, melded with the rich, dark fruit notes of ripe plum. Additions of coriander and wheat give a lingering flavour that shines. Taking the best of styles from Clue and The Shining, may we present to you In The Hallway, With The Axe Plum Gose.

In The Hallway, With The Axe is available now in 473 ml cans and on tap at Cabin Brewing, with cans also being distributed to select liquor stores in Alberta.