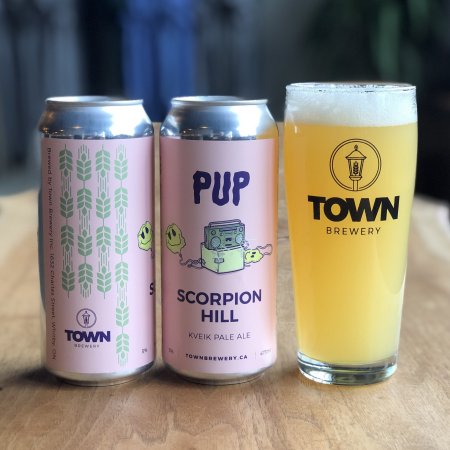 WHITBY, ON – Town Brewery has announced the release of a new charity beer in collaboration with Toronto punk band PUP.

Scorpion Hill Kveik Pale Ale (5% abv) is named after a track from PUP’s most recent album, Morbid Stuff, and will be raising funds for Sistering Toronto, a “multi-service agency for at-risk, socially isolated women and trans people in Toronto who are homeless or precariously housed.”

Scorpion Hill will be released on Friday Feb 21st at the Town Brewery taproom and online store. It will also be available to purchase at PUP’s sold out concert at The Oshawa Music Hall on Saturday Feb 22nd.