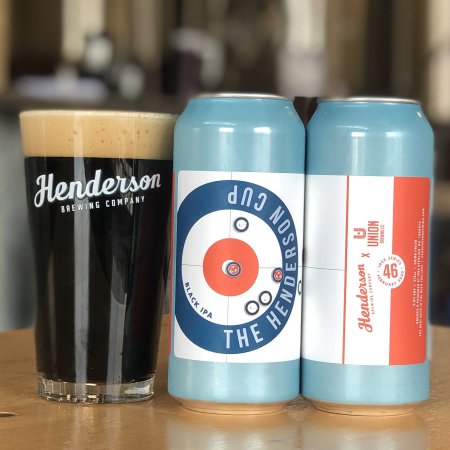 TORONTO, ON – Henderson Brewing has announced details of the latest in its Ides Series of monthly limited edition beers, which this month also serves as the fourth in its annual series of homebrewer collaborations.

The Henderson Cup is the grand prize in the yearly BrewSlam competition held by GTA Brews and sponsored by Henderson, with the winner receiving $1000 and the opportunity to brew a commercial beer at the brewery.

The winner of the latest competition was Chris Hughes, who designed a Black IPA (5.8% abv) brewed with Columbus & Centennial hops, and described as “a roasty, malty black ale with classic West Coast hop notes of citrus and pine, and a sticky, resinous mouthfeel.”

The Ides of February: Henderson Cup 2020 Black IPA will be released today (February 14th) at the brewery, with a launch party starting at 5:00 PM featuring samples of the new beer, a grilled cheese pop up by Phancy Food Catering, and a homebrewer cask takeover.