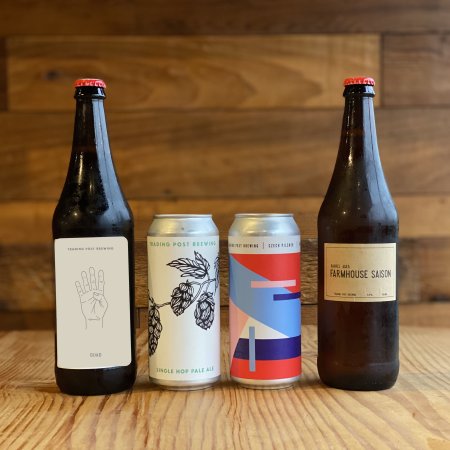 ABBOTSFORD, BC – Trading Post Brewing has announced four new beers that will be released this weekend to mark the brewery’s 4th anniversary.

The quartet includes an Amarillo Single Hop Pale Ale with “floral, tropical, and citrus notes”; a Czech Pilsner that is “slightly sweet, with toasted biscuit and bready aromas and flavors”; a Barrel Aged Farmhouse Saison that was brewed with Brett Brux yeast and aged in Pinot Noir, Chardonnay and Cab Sauv barrels; and a Belgian Style Quad.

All four beers will be released tomorrow (February 15th) at the Trading Post brewery and tasting room in Langley. The anniversary party will run from 12:00 noon to 11:00 PM, and will also feature a special food menu, and live music throughout the day and evening.