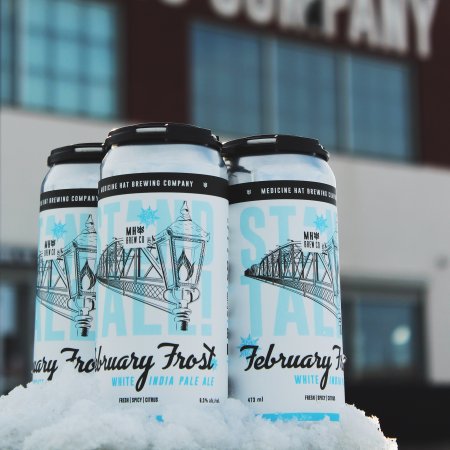 This White India Pale Ale is dedicated to all those who have braved Canada’s coldest temps to stand tall and go about life even on the most frigid of days. February Frost is brewed with copious amounts of unmalted wheat and oats, and fermented with a Belgian witbier yeast to help impart the “wit” character. We added coriander and sweet orange peels to our hopback along with a healthy dose of Mosaic and El Dorado hops [for] a delightful blend of spice and citrus flavours and aromas.

February Frost will be released tomorrow (February 18th) in 473 ml cans and on tap at Medicine Hat Brewing.