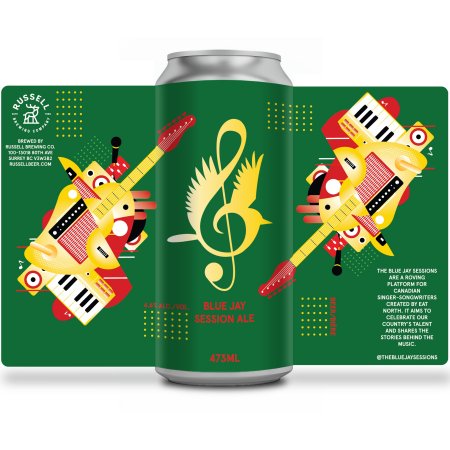 SASKATOON, SK – Russell Brewing has announced details of a new beer to be released in collaboration with pop-up music event series The Blue Jay Sessions.

Blue Jay Session Ale (4.6% abv) is a dry-hopped blonde ale that will be featured at The Blue Jay Sessions: Juno Edition, taking place at the Somewhere Else Pub & Grill in Saskatoon from March 12th to 15th during Juno Awards Week in the city.

Packaged in 473 cans with a label that is “inspired by the colours of the Saskatchewan flag and also an homage to Saskatoon’s vibrant music scene,” Blue Jay Session Ale will be available at select liquor stores in Saskatchewan by next week, in advance of next month’s festivities.

For more details, see the beer release and event announcements on the website Eat North.