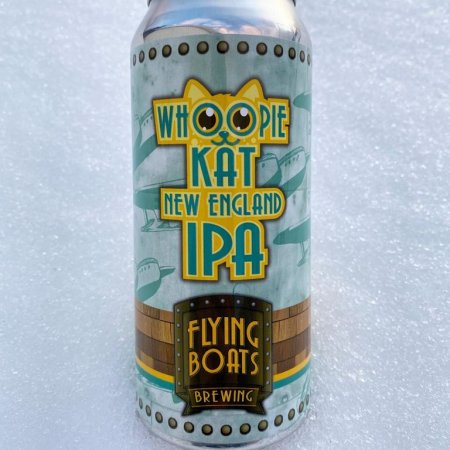 DIEPPE, NB – Flying Boats Brewing has announced a new addition to its line-up of year round beers.

Whoopie Kat (6% abv) is a New England style IPA that was previously released as a one-off in the brewery’s Test Pilot series, but is now back as a permanent brand. It’s described as follows:

This New England IPA (NEIPA) has a cloudy body derived from the extra flaked wheat and oats to provide a thicker mouthfeel, and an assertive and highly aromatic IPA style. Signature Vic Secret hops provide a beautiful, clean and bright tropical bouquet of passion fruit and pineapple, along with supporting notes of fresh herbs and pine.

Whoopie Kat is available now in 473 ml cans and on tap at Flying Boats, and will be in stock soon at select ANBL stores throughout New Brunswick.