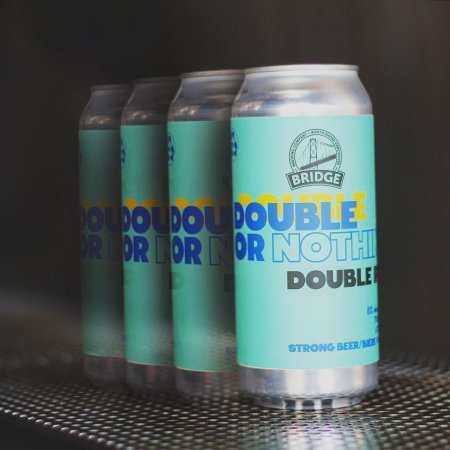 NORTH VANCOUVER, BC – Bridge Brewing has announced the release of its latest limited edition beer.

Double or Nothin’ (8% abv) is a double IPA described as follows:

This medium bodied beer is taken to a new world of flavour with notes of citrus, tropical fruits, and resinous. Double or Nothin’ finishes slightly dry with an assertively strong bitterness.