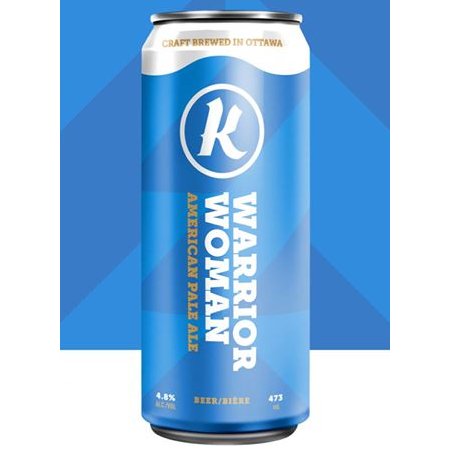 OTTAWA, ON – Kichesippi Beer has announced details of a new beer that will be released for International Women’s Day early next month.

Warrior Woman APA (4.8% abv) is dedicated to the memory of brewery co-founder Kelly Meek who passed away last year, and is described as follows:

An APA made the Canadian Way! Malt from the East Coast. Hops from the West Coast. Yeast from the Niagara Peninsula. Water from the Nation’s Capital. Our American Pale Ale offers aromas of citrus and subtle spice with a balanced bitter finish.

Warrior Woman APA will be launched at Kichesippi on Sunday March 8th as part of the after party for the Warrior Woman 5K that is being organized by Run Ottawa. DJ Jas Nasty will be playing music from 2:00 to 5:00 PM, and 5% of all sales of the new beer will be donated to charities focused on the empowerment of women.