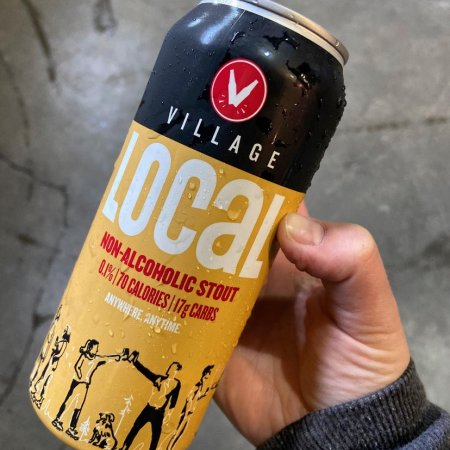 CALGARY, AB – Village Brewery has announced the release the second offering in its Village Local line-up of alcohol-free craft beers.

The new Village Local is a silky-smooth Stout, brewed with all Albertan malted barley roasted to a black malt that provides bold notes of chocolate and roasted coffee. The Village Local Stout is lightly hopped with a subtle bitterness to balance the strong malt backbone and contribute to a well-rounded brew. And while this stout does not lack character or body, it does come in at well under 100 calories. With only 70 calories and 17g of carbs, it is a health-wise alternative for many dark beer drinkers.