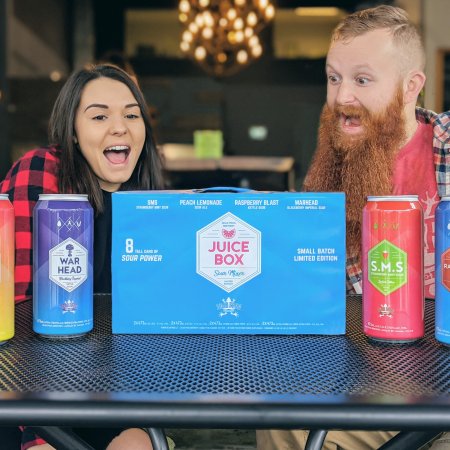 ALDERGROVE, BC – Dead Frog Brewery has announced the release of a new sampler pack featuring a quartet of mouth-puckering sour ales.

The new package will be officially launched on Saturday February 29th with a party featuring all of the beers on tap, and extra hot Warhead Wings to pair with the beers.

Juice Box Sour Mixer will be available at the Dead Frog retail shop and beer retailers in British Columbia, and the four beers will also be pouring on tap at select bars and restaurants in the province.