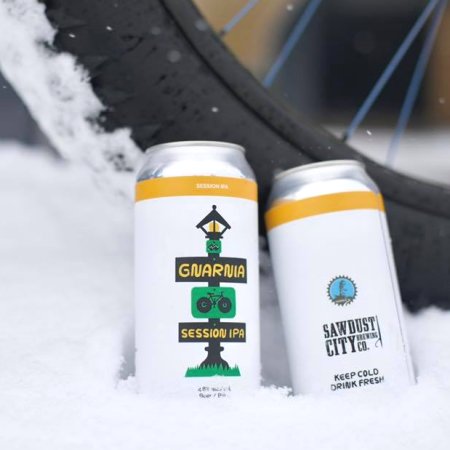 GRAVENHURST, ON – Sawdust City Brewing has announced a collaboration with MORCA (Muskoka Off-Road Cycling Association) as the last in a series of weekly IPAs released through the month of February.

This Vermont-style Session IPA is perfect for crushin’ after a long ride on the trails. By using the simple malt body of a New England IPA and fermenting on Foggy London III ale yeast we’ve created a flavour that suggests much more than the sessional 4.8%abv you get. Finally, we dry-hopped Gnarnia with tons of Cashmere and Citra Cryo hops for a citrus-forward, juicy IPA flavour.

Gnarnia is available now at the Sawdust City retail shop and online store.