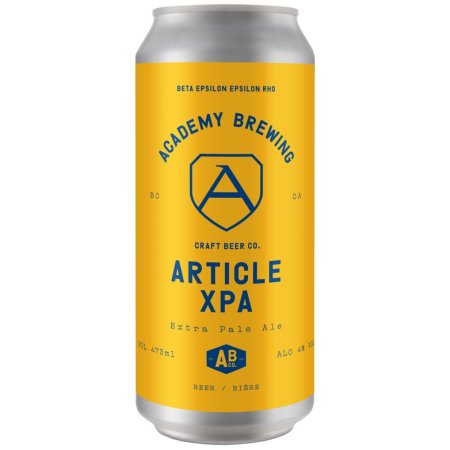 PORT MOODY, BC – Academy Brewing – a contract operation brewing out of Moody Ales in Port Moody – has announced the release of its second brand.

Our XPA is extra pale when it comes to looks. Low on bitterness while high on flavour, its composition is inspired by West Coast living, hopped between a pale ale and an IPA for some pretty pleasant sips.