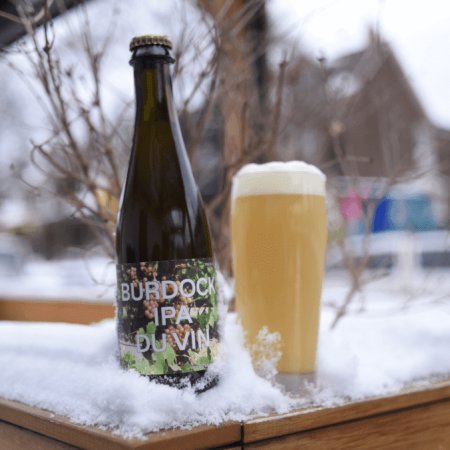 TORONTO, ON – Burdock Brewery has announced the release of its latest beer-wine hybrid.

IPADUV was dry-hopped with copious kilos of Citra & Vic Secret and co-fermented with Niagara Gewurztraminer (~10% by volume). To fully understand this beverage, picture yourself as a pineapple, a lemon, a lychee beach beverage – you’re beautiful and fluffy and self aware. You are the Bichon Frise of beverage, the Pomeranian of pale ales, the Samoyed of suds. In all seriousness, this beer is drinking great. It has heaps of hop and grape derived fruit character with a little bit of acidity so welcome in an IPA.

IPA Du Vin is available now on tap in the Burdock bar and restaurant, and in bottles in the brewery’s retail store and online shop while supplies last.