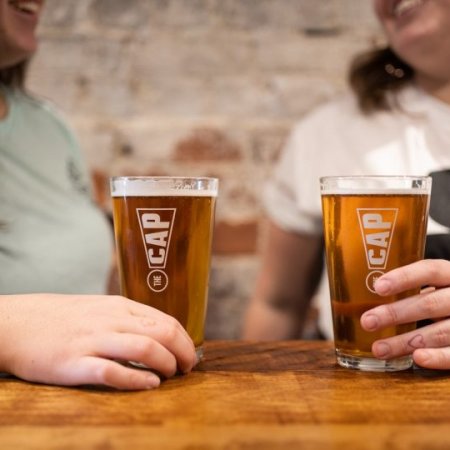 FREDERICTON, NB – The Capital Complex, a multi-venue bar and entertainment facility in downtown Fredericton, has rebranded as The Cap and is adding several new features to its business, including a small batch brewery.

The first release from The Cap Brewery will be Collaborate & Listen Citra Pale Ale, a collaboration with Graystone Brewing, which will be available at all three Cap bars – The Capital Bar, The Phoenix, and Wilser’s Room – starting Friday March 6th. It will also be pouring that same day at the Fredericton Craft Beer Festival, where The Cap’s booth will be located next to Greystone’s.

In addition to the brewery addition, The Cap will also be extending the opening hours of The Capital Bar to start at 11:00 AM daily except for Mondays, and will be opening a new storefront to sell records and concert tickets starting March 14th.