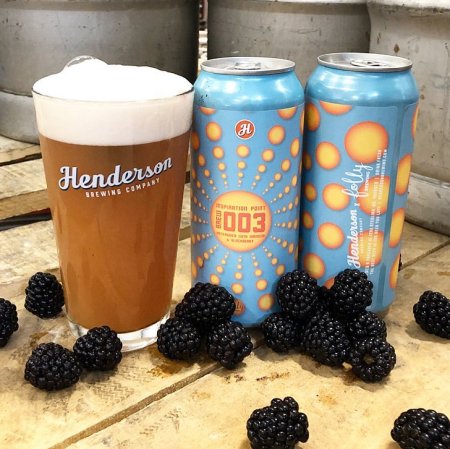 TORONTO, ON – Henderson Brewing has announced the latest release in its Inspiration Point quarterly series of collaborative beers.

Inspiration Point Brew 003 (4% abv) is a Patersbier with blackberry and hibiscus that was brewed in collaboration with Folly Brewing. It’s described as “a light, refreshing ale with fruity, floral and peppery notes.”

Inspiration Point Brew 003 is available now on tap and in 473 ml cans at Henderson, and will also be featured on tap at Folly while supplies last.