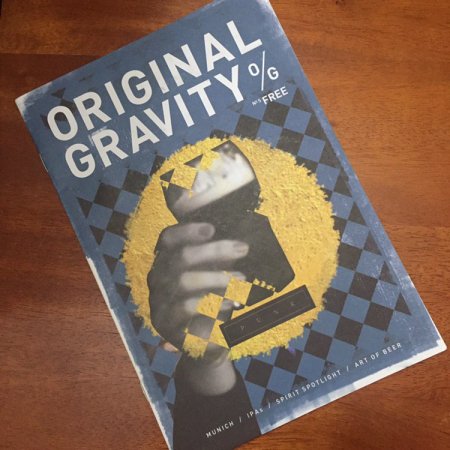 TORONTO, ON – The Canadian off-shoot of UK beer magazine Original Gravity has announced the hiring of publishing veteran Dick Snyder as publisher of its current Ontario edition, as well as an upcoming Alberta edition and any future expansion to other regions of the country.

Snyder was previously the founder and publisher of City Bites, a magazine and website that covered the food and drink scene in Toronto, and which featured numerous articles by Stephen Beaumont, editor-in-chief for Original Gravity for Canada.

“I worked with Dick for years at his City Bites magazine and enjoyed every moment,” said Beaumont in a statement. “When Daniel [Neilson, founder and publisher of Original Gravity in England] and I recognized the need for a dedicated Canadian Publisher, he was the very first person who came to mind!”

“Original Gravity is a wholly original media entity, centred around a unique print magazine packed with compelling perspectives on beer and the community that surrounds it,” added Snyder. “Passionate beer fans need this magazine and I’m excited to join this dedicated team of beer experts and outstanding writers.”

The Ontario edition of Original Gravity was launched by Beaumont in 2018, and has published five issues so far, with a sixth coming soon. The Alberta edition will be debuting this summer under the guidance of managing editor Kirk Bodnar.

More details will be available on the newly expanded Original Gravity Canada website, which is due to launch soon.