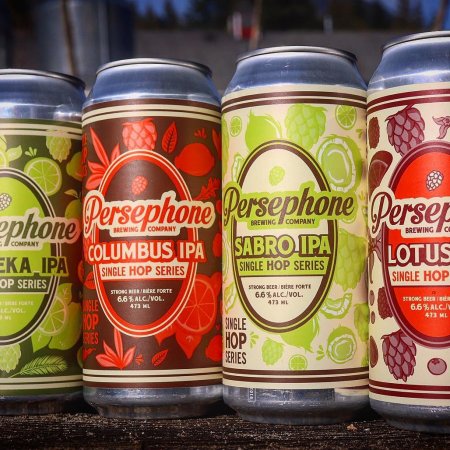 GIBSONS, BC – Persephone Brewing has announced the release of four distinctive hazy IPAs, each made with a single hop variety.

The quartet is available now in 473 ml cans at Persephone and select private liquor stores while supplies last.