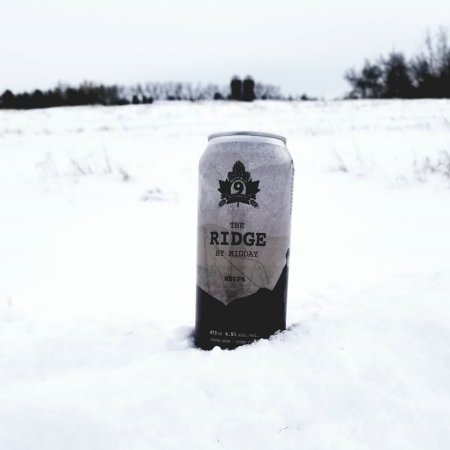 CALGARY, AB – A new contract brewing company with a mission to “respect and honour our military’s contributions both past and present” has released its first beer in Calgary.

Buffalo 9 Brewing takes its name from a group of nine Canadian peacekeepers that were killed when their De Havilland Buffalo aircraft was shot down over Syria in 1974.

Buffalo 9 made its official debut last month with the release of The Ridge By Midday NEIPA (6.5% abv), which is described as follows:

The NEIPA is full of citrus aroma and flavour. Pineapple and tangerine flavours shine through this crisp and refreshing beer. Oats and wheat accompany the barley to give it a silky, elegant, and well-balanced mouthfeel.

The beer’s name and artwork pay tribute to The Battle of Vimy Ridge, a defining moment for the Canadian Army during the First World War.

The Ridge By Midday NEIPA is available now at select beer retailers and bars in Alberta. For more details, see the Buffalo 9 Brewing Facebook page.