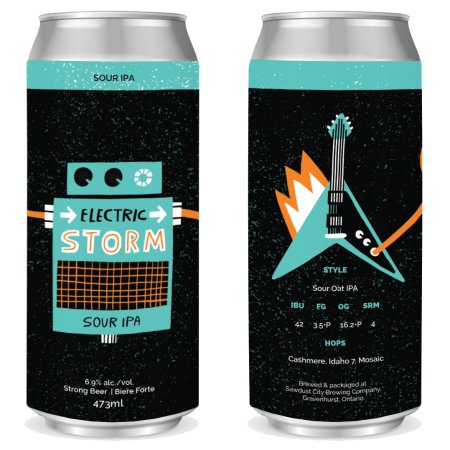 GRAVENHURST, ON – Sawdust City Brewing has announced the release of a new “hazy, juicy and puckeringly tart” limited edition beer.

Brewed with copious amounts of oats, Cashmere, Mosaic and Idaho 7 hops, this beer is deeply hazy and packed with tart orange, passionfruit and pineapple flavours. The full, soft body lulls you into your next sip where the tart, citrus flavours reverb on your taste buds.

Electric Storm will be released tomorrow (March 5th) at the Sawdust City saloon, retail shop and online store, and at select beer bars in Ontario starting next week. Cans will also be available at LCBO locations in the spring.