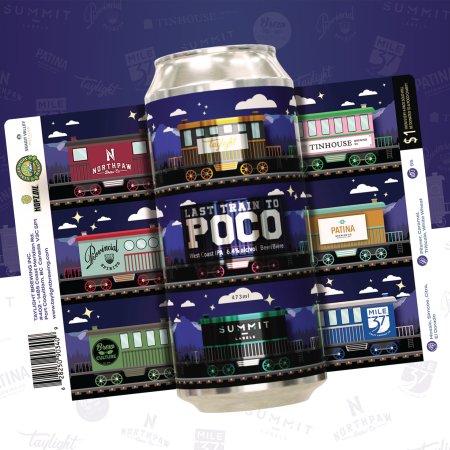 PORT COQUITLAM, BC – Taylight Brewing has announced the release of a new “collaboration beer that’s all about the beer life in Poco!”

The beer will be officially released tomorrow (March 6th) with a launch party at Taylight from 5:00 to 10:00 PM. $1 from each 4-pack of 473 ml cans sold at Taylight will be donated to a local charity that will be announced at the launch, and the beer will also be featured on tap at the participating breweries and Provincial Spirits while supplies last.