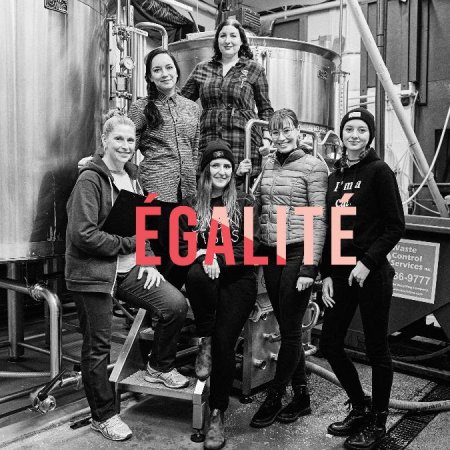 BRITISH COLUMBIA – In what has become an annual tradition at breweries everywhere, a number of breweries in British Columbia have announced special events and beer releases for this Sunday March 8th in honour of International Women’s Day.

Steel & Oak Brewing (New Westminster) – Holding the 3rd Annual Women’s Brew Launch and Fundraiser at The Terminal Pub, featuring the launch of Égalité Oat Ale with pomegranate, key lime and red currant, and a silent auction in support of the Elizabeth Fry Society.

Cannery Brewing (Penticton) – Releasing Ceres Mango Milkshake IPA, a “double dry-hopped, double IPA with oats, wheat, vanilla, and milk sugar, and fermented with mango” that was brewed by the women of Cannery.

For more details on these and other IWD-themed beer releases and events, check with your local breweries.