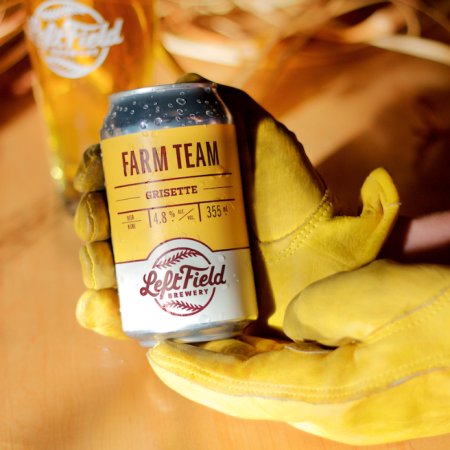 TORONTO, ON – Left Field Brewery has announced the release of its newest beer.

This sessionable and refreshing Belgian wheat ale is brewed with a healthy amount of Saaz, Tettnanger and Hallertau Blanc hops, and presents a flavorful light body and zippy bitter finish. Inspired by the hard work and dedication of baseball’s ‘farmhands’ in the unpredictable minor league system, Farm Team is a crisp refresher perfect for season long sipping while keeping dreams of making it to the majors alive and well.

Farm Team is available now on tap and in 355 ml cans in the Left Field taproom, with cans also available via the brewery’s online store.