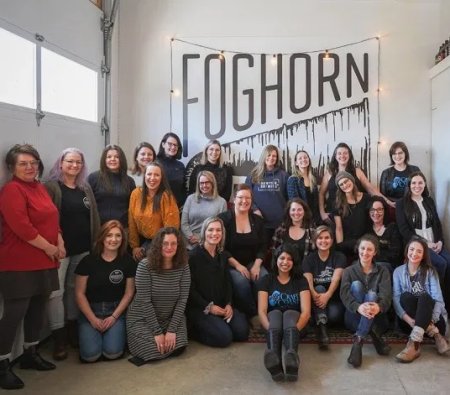 ROTHESAY, NB – A group of breweries in New Brunswick have announced a new female-brewed collaboration beer that has been released in time for International Women’s Day this weekend.

Described as “crisp and clean with a touch of sparkle” – the latter coming from the food-grade silver glitter that was added before packaging – Sparkölsch is available in a limited number of bottles at Foghorn, Big Tide, and Loyalist City, and on tap at those breweries as well as Fredericton and Saint John locations of Picaroons. It will also be pouring at ANBL growler stations and select bars and restaurants while supplies last.