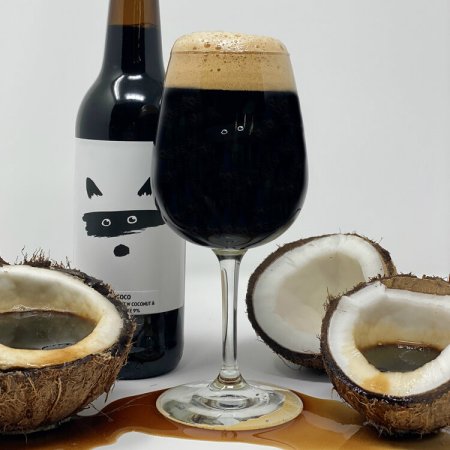 TORONTO, ON – Bandit Brewery has announced the release if its latest limited edition beer.

COCO (9% abv) is an Imperial stout brewed with cacao nibs, 15 kg of freshly toasted coconut, and an “extravagant amount of malts” including 2 row, chocolate, crystal malts, pale chocolate, and roasted barley. The result is described as follows:

A decadent Imperial Stout, packed with copious amounts of toasted coconut that is reminiscent of a chocolate macaroon or a Mounds bar. Starting with a huge coconut aroma, COCO layers flavours of dark chocolate and vanilla over a rich roasty malt base with a velvety mouthfeel and a smooth finish.

COCO is available now on tap and in bottles at Bandit, with bottles also available via Bandit’s online shop.