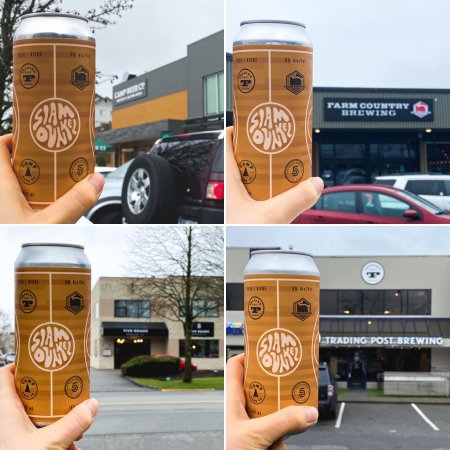 LANGLEY, BC – Four breweries in and around Langley, BC – a group that includes Camp Beer Co., Farm Country Brewing, Five Roads Brewing, and Trading Post Brewing – have announced the release of a collaborative beer under their new Langley Loop cross-promotional brand.

Slam Dunkel was officially launched last Thursday March 5th at The Clayton Public House in Surrey, and is available at all four participating breweries while supplies last.