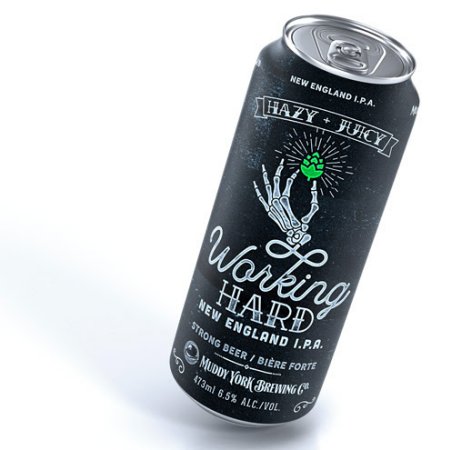 TORONTO, ON – Muddy York Brewing has announced that just over a year after it was first released, a popular rotating IPA is being relaunched in a new can and with wider distribution.

Working Hard NEIPA (6.5% abv) has been available in a series of differently hopped versions following its initial appearance, with the edition that was offered in December now set to stick around for a while:

After experimenting with different hop combinations over the past year, we’ve settled on the super juicy, and tropical duo of Mosaic & El Dorado. Aromas of mango, tangerine and stone fruit burst out of the can, making this hazy New England IPA the perfect way to reward all of your hard work.

Working Hard is available now in new 473 ml cans at the brewery store and online shop. It will also be on the shelves at select LCBO locations starting in April.