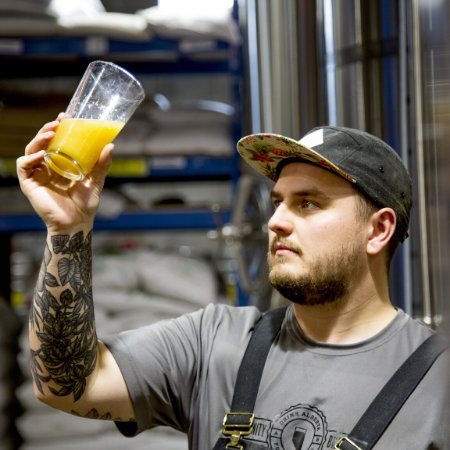 NOTE: The Alberta Craft Brewing Convention that this article was posted to promote has been postponed due to COVID-19. More details will be posted once new dates are announced.

This guest post is written by Mike McNeil, and sponsored by the Alberta Small Brewers Association

Many have heard about Alberta’s recent craft beer explosion. The growth has been staggering. Since 2013, the province has seen over 100 craft breweries enter the market. During a period of economic instability, Alberta has benefited from these entrepreneurs, who hire locally, process our world-class agriculture, and contribute to a diversified economy. We now estimate that over 3,000 people are employed directly by Alberta brewers.

It’s difficult to overstate the importance of this for our province. Alberta’s economy is hurting significantly because of challenges in the resource sector. There is clearly a need for economic diversification, and Alberta brewers are leading the way. We now have over 10% of the market share in Alberta, with plans for further growth. Even the larger beer brands are feeling our impact, as they look to acquisition as a means of recapturing lost shares.

Nearly a year ago, Canada’s provincial craft beer associations banded together to form the Canadian Craft Brewers Association (CCBA). The goal of the CCBA is to help consumers recognize the positive impact of locally brewed beer. Since its creation, the association has opened applications for its national independent craft beer seal and worked to advocate for our brewers’ interests at the national level.

This collaboration is especially important for Alberta. Recent policy changes have made Alberta a truly free market, which means that small brewers in Alberta are treated the same as brewers from other provinces. A free and open system across Canada is necessary for unlocking the potential of Canadian craft beer, however, until the interprovincial barriers in other provinces are lifted, Alberta will remain a hyper-competitive market for craft beer.

If you’re a craft brewer, this is important.

As the only open model in Canada, craft beer brands from across the country rely on the Alberta market to scale their business. We are a critical battleground for craft beer. While our initial focus was on getting this industry started, it’s now time to refocus and provide craft brewers with the skills and resources they need to succeed in this competitive market.

Each year, we hold a conference to learn and connect with our partners and address the educational needs of our industry. Due to the intensely competitive environment, we’ve built our program differently this year. We’re flying in the best in the industry—like Bart Watson, Chief Economist for the Brewers Association, and Teri Fahrendorf, Founder of the Pink Boots Society—to join us in Red Deer, Alberta, from April 6–7 for the Alberta Craft Brewing Convention.\

If you’ve invested heavily into your brewery and seeking the resources to grow, we’ve put together program tracks to broaden your team’s skills in leadership, marketing, and operations. As a bonus, you’ll have the opportunity to network with over 500 industry participants from across Canada.

Connect with our community. You’ll experience Alberta’s craft beer movement firsthand and learn the skills you need to take your business to the next level, because ultimately, that’s what we need: more Canadian craft beer success stories. Our economy and our communities will be better for it.

Mike McNeil is the Executive Director of the Alberta Small Brewers Association (ASBA). ASBA runs the Alberta Craft Brewing Convention and the Alberta Beer Awards, which are held on new date and location tbc. Click here to learn more.