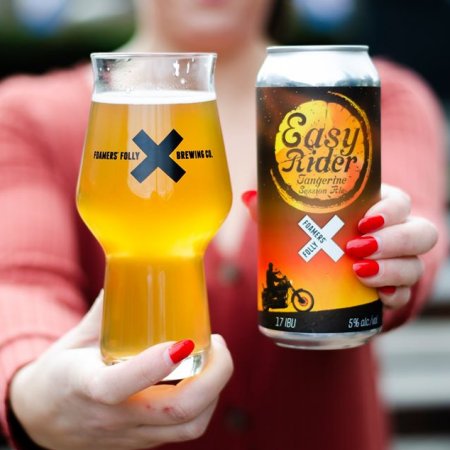 PITT MEADOWS, BC – Foamers’ Folly Brewing has announced the release of a new limited edition beer that anticipates the upcoming warmer weather.

Easy Rider will be released tomorrow (March 12th), with a launch party at the brewery starting at 4:00 PM. The event will feature a screening of the classic movie the beer is named after, and anyone showing up dressed as a “biker/hippy/hippy-biker” will get $1 off a glass of the new beer.