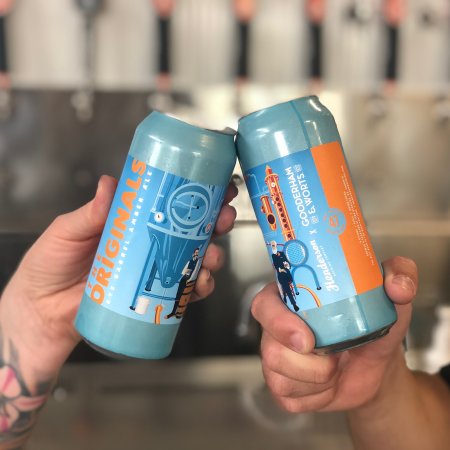 TORONTO, ON – Henderson Brewing has announced details of the latest in its Ides Series of monthly limited edition beers, which this month is a special collaboration with Gooderham & Worts Canadian Whisky.

The Ides of March: The Originals (5.6% abv) celebrates the history of the original Henderson Brewery, which was opened by Robert Henderson in 1805, and the original Gooderham & Worts Distillery, which William Gooderham and James Worts opened in 1837.

Designed to represent the sort of beer that the two companies might have created if they’d worked together back in the 1800s, The Originals is an amber ale aged in rye whiskey barrels, and is described as follows:

With the beer we brewed and the barrels selected for aging, you’re going to find a beer that’s similar to our flagship Henderson’s Best, but with more complexity. That complexity comes from the barrels and the added flavours they impart – not only from the toasted oak of the barrel, but also from the whisky that’s soaked into the wood. Henderson Brewmaster Brian O’Donnell has created a beer that has an oak-y, tannic mouthfeel, and flavours of tartness and dried fruit character with mild earthiness and lots of notes of caramel and toffee.

The Originals will be released today (March 13th) at the brewery, with a launch party starting at 5:00 PM featuring samples of the new beer, and a grilled cheese pop up by Phancy Food Catering.