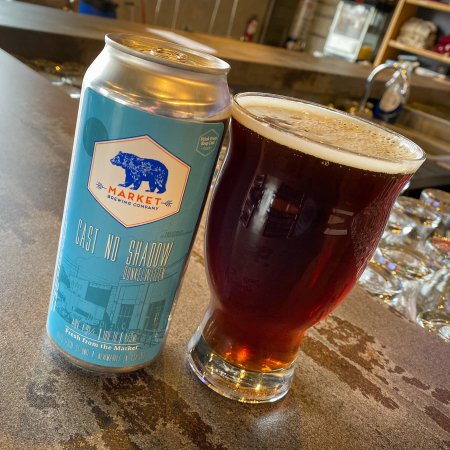 NEWMARKET, ON – Market Brewing has announced the release of a new beer that was “inspired by the Dunkelweizens of Germany”.

Cast No Shadow (4.9% abv) is described as follows:

Our version of this traditional dark wheat beer has an initial fruity aroma that gives way to it’s rich bready malt backbone, with notes of chocolate and caramel. This medium bodied beer has a creamy mouth feel imparted by the use of wheat and a slightly high carbonation level. Flavourful and refreshing, we offer this beer to enjoy while waiting for warmer weather.

Cast No Shadow is available now in 473 ml cans and on tap at Market Brewing.